It is sometimes hard for me to believe that NIBA has been around for over a quarter of a century. Since its founding in 1991, we’ve had both boom and bust years – just like the markets themselves. While the membership and our focus issues have changed with the times, NIBA’s commitment to education has never changed. On September 12, we presented the 28th Annual Fall Members Meeting at IIT, Stuart School of Business in Chicago. The full-day meeting left attendees with information on marketing, compliance and much more. A video of the day’s events, including interviews with CME Group’s Bryan Durkin and Scott Parsons of Delta Strategies will be posted a theniba.com shortly.

A check of the latest NFA registration numbers show that registered CTAs now outnumber registered IBs. CTA registrations as of the first of September are 1,536 while IBs registrations (GIB and IIB combined) are at 1,122. So, over the past year, the CTA population continued to grow while the IB community held steady.

Earlier this month the industry received word that Bob Collins passed away. Bob, the co-founder of Rosenthal Collins Group (RCG), was inducted into the FIA Futures Hall of Fame in 2017 after more than five decades in the industry. He was literally raised in the futures business — his dad co-founded Greene & Collins (G&C), RCG’s predecessor firm, in 1923.

Bob Collins was my first boss in the futures business. He hired me as the Compliance & Registration Department Manager in the early ’70’s when most departments at all firms were headed by men. When I wanted to learn more about the industry, he handed me a trading jacket and put me on the MidAm floor. A year or so later, he allowed me to learn customer service by assisting a retail ag broker. Even when I told him it was time for me to move on from G&C, he graciously allowed me to attend conferences and make contacts so that I could make the right move. Bob was a friend who helped me make a life for myself in the business. 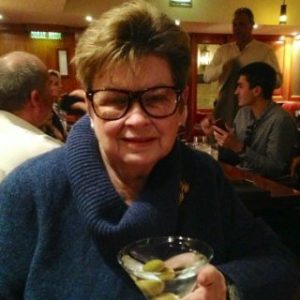