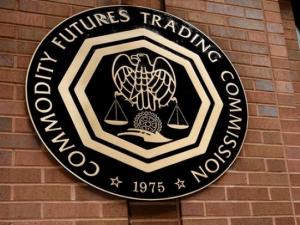 Last month, the Commodity Futures Trading Commission (“CFTC”), the regulator with oversight over much of the U.S. derivatives markets, announced that it will decide by the end of October 2022 whether to allow investors to wager on the outcome of U.S. elections.

KalshiEX LLC (“Kalshi”) is a CFTC-registered Designated Contract Market (“DCM”) that provides investors with the ability to trade on the outcome of events (i.e., event contracts), such as potential Moon landings. In July 2022, Kalshi submitted a new event contract for CFTC approval. The new contract (the “Congressional Control Contract”) is based upon which political party will control each chamber of the U.S. Congress in the upcoming term(1).

If approved, each Congressional Control Contract will have a price of between $0.01 and $0.99, and investors will be able to wager as much as $25,000 on the outcome of U.S. elections. The contracts will be listed on a biannual basis and will include the following strike conditions: (i) party (i.e., Republican Party or Democratic Party); (ii) chamber of Congress (i.e., the U.S. House of Representatives or the U.S. Senate); and (iii) term (i.e., the specific two-year term of the U.S. Congress).

Kalshi maintains that similar contracts are available for trading on unregistered trading venues that purport to operate pursuant to no-action letters issued by the staff of the CFTC. Kalshi believes that it is time to offer these widely used but unregulated contracts on a regulated basis so that market participants can hedge risks arising from political control.

Historically, the CFTC has been Wary of Trading on U.S. Elections but has Allowed such Trading to Occur on Unregistered Venues that Abide by Certain Limitations

The CFTC has long been reluctant to open up trading on the outcome of U.S. elections. In 2012, the CFTC issued an order prohibiting North American Derivatives Exchange, Inc. (“Nadex”) from listing and making available for clearing or trading similar political event contacts.

Section 5c(c)(5)(C) of the Commodity Exchange Act (“CEA”) provides that the CFTC may determine that certain event contracts should be prohibited from being listed or made available for clearing or trading if such event contracts are contrary to the public interest because they involve certain enumerated activities. Under CFTC Rule 40.11(a), these enumerated activities include terrorism, assassination, war, gaming, or an activity that is unlawful under any State or Federal law.

With respect to Nadex, the CFTC determined that the contracts involved a prohibited activity (i.e., gaming) because staking a position in a political event contract fits the plain meaning of a person staking something of value upon a contest of others. Additionally, the CFTC employed its economic purpose test to evaluate the contracts’ utility for hedging and price basing purposes in order to determine if the contracts were contrary to the public interest. The CFTC reasoned that the unpredictability of the specific consequences of an election meant that the contracts could not reasonably be expected to be used for hedging purposes, and thus had no price-based utility.

The CFTC must now Decide the Fate of Kalshi’s Submission

Last month, the CFTC announced that Kalshi’s submission comprises contracts that may involve an activity enumerated in CFTC Rule 40.11(a). Under CFTC Rule 40.11(c), the CFTC may require a 90-day review if a contract may involve, relate to or reference an activity enumerated in CFTC Rule 40.11(a). Accordingly, the CFTC requested that the Kalshi suspend any listing and trading of the Congressional Control Contracts while it carries out a review of the submission pursuant to CFTC Rule 40.11(c). The CFTC also announced that it is seeking public comment on specific questions related the Congressional Control Contracts, such as whether the contracts relate to gaming and whether similar offerings are available in traditional gaming venues such as casinos or sports books.

Commissioner Caroline Pham dissented from the CFTC’s the decision to review Kalshi’s Congressional Control Contracts pursuant to CFTC Rule 40.11. Commissioner Pham argued that, with respect to the Congressional Control Contracts, the underlying activity (i.e., political control) is not an enumerated activity under CFTC Rule 40.11(a)(1). Additionally, Commissioner Pham questioned why the CFTC is prepared to allow Victoria University to offer political event contracts through the November midterms, but has yet to take any action on Kalshi’s contracts, even though Kalshi submitted its request for approval a month prior and has been discussing the contracts with the CFTC for almost a year.

The 30-day public comment period ends on September 25, 2022, and the CFTC has stated that it will endeavor to complete its review and issue an order with respect to the Congressional Control Contracts by October 28, 2022. However, even if the CFTC sticks to this deadline, and it decides to approve the Congressional Control Contracts, Kalshi would only be able to operate the market for a couple of days before the November midterm elections.

Get to Know the Regulators: NFA’s Registration Department